At 90, actress Cicely Tyson feels there's more work to do 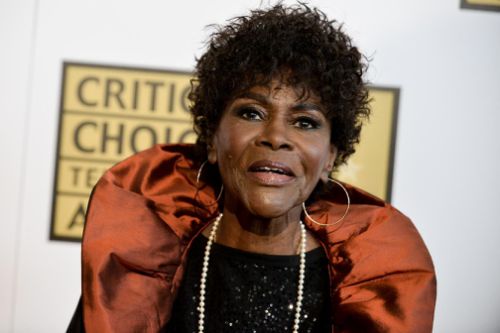 FILE - In this June 19, 2014 file photo, Cicely Tyson arrives at the Critics' Choice Television Awards at the Beverly Hilton Hotel in Beverly Hills, Calif.
The actress spoke with The Associated Press recently, reflecting on her 60-year career and sharing plans for what's next.
___
AP: What keeps acting interesting for you?
Tyson: I look at every role as a person that I'm meeting for the first time, and that allows me — because of the curiosity that I've always had since I was a child, and thank God I still have it — to delve into the personality, to find out who they really are. And once I can do that, it gives me some assurance that I can honestly project the character of the person. 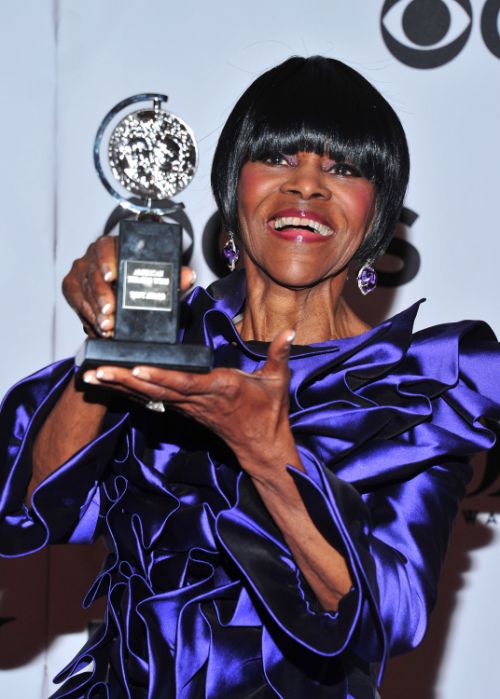 FILE - In this June 9, 2013 file photo, Cicely Tyson poses with her award in the press room at the 67th Annual Tony Awards, in New York.
AP: Did you always want to be an entertainer?
Tyson: As a child, my father taught the three of us — he had a boy and two girls — to sing. So we sang and were always performing in church. ..." I never thought of it as anything special. Except once when my sister and I were supposed to perform together. She didn't want to go because she didn't like the song that was chosen for us to sing. So I went by myself, and it ended up that they put me on a chair and they lifted the chair into the air and they marched all around the church with me on it. I couldn't wait to get home and tell my mother and my sister and my father. I never forgot that moment. 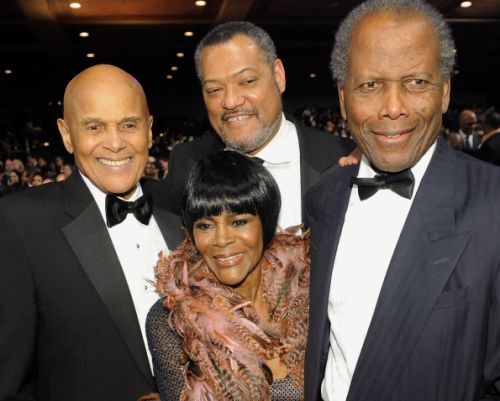 FILE - In this Feb. 17, 2012 file photo, Cicely Tyson, front center, and from left, Harry Belafonte, Laurence Fishburne and Sidney Poitier pose in the audience at the 43rd NAACP Image Awards in Los Angeles.
AP: What attracts you to a role?
Tyson: Well, either my skin tingles or my stomach churns. I've said that from the beginning of my career. It happens when I read a script. When I read a script, either my skin tingles or my stomach churns. If my stomach churns, I know it's not for me. When my skin tingles, I can't wait. It's that simple with me.
AP: Do you ever think about retirement?
Tyson: When I saw Geraldine (Page) do "Trip to Bountiful" ... I saw her name on the billboard and I've always been a fan of hers, so I went in and saw it. When I left the theater I went right to my agent's home and I said, "You get me my 'Trip to Bountiful' and I will retire." He looked at me and he laughed, OK? And every now and then I would run into him and say, "Where's my 'Trip to Bountiful?'" Well 26 years later — you know, I say it, and I don't really believe it, but it happened — 26 years later I received a call (for a meeting with) Hallie Foote, the daughter of (playwright) Horton Foote. ... She told me that she was thinking of doing one of her father's plays, "Trip to Bountiful," with a black cast, and that her father had so much respect for me and my work that she knew that I was the only person he felt would be able to play it. ... I literally fell off the chair.
AP: You won the 2013 Tony Award for that performance. You got what you asked for, but are you retired?
Tyson: It was very rewarding, the whole experience, and, for me, very gratifying. I did not expect the "Trip to Bountiful." I was just asking for one more good role. So I've been so blessed. I said, "Just one more good role and I'll retire!" But you see where I am now? I'm getting ready to do "The Gin Game" (on Broadway) with James Earl Jones in the fall.
___
Follow AP Entertainment Writer Sandy Cohen at www.twitter.com/APSandy .

Replies to This Discussion

Thank You Ms. Tyson for all of the wonderful films that you have been a part of. I know that you have won loads of Emmy Awards, (SAG) Screen Actors Guild Awards, Tony Award(s) but you deserve to take home an OSCAR (Academy Award) as well for your tremendous acting ability. Needless to say I am a Big Fan of your work.  (Listed Below): I absolutely love these particular films and TV moments with you in them.

1-The Autobiography of Miss Jane Pittman

5-Diary of a Mad Black Woman

8-How To Get Away With Murder (Playing Viola Davis' Mom)

May God continue to bless you always Ms. Tyson!!

Love and Blessings, One of Your Many Fans Phoebe Macon