The cry went up again as Sen. Bernie Sanders prepared to give his stump speech. The participants must have worried whether anyone taking the stage would be allowed to speak without being shouted down.

Following the outburst, one of my Democratic colleagues wrote: "I don't approve of shouting down speakers. A few chants are fine, to make a point. But I don't think the movement should be preventing folks from talking."

It's a good point. But it's also essential that we remember that the "Black lives matter" cry comes from the heart of a generation of young African-Americans who feel totally dismissed and unheard -- crushed between unlawful STREET violence and unjust POLICE violence. Yes, civility is important. But it needs to take a backseat to more urgent needs -- needs it feels like we are reminded of every day. 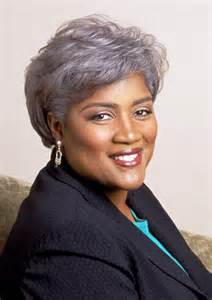 The slogan "Black lives matter" was initiated two years ago around the hotly debated death of Trayvon Martin in Florida. A year later, the death of Michael Brown in Ferguson, Missouri, led to renewed calls for politicians and others to address the issue of police brutality. But after the videos of Eric Garner, John Crawford, Tamir Rice, and Walter Scott, there is no debate any more. Just this week, there's a new video surfacing on the arrest and mysterious circumstances of the death of Sandra Bland in Texas. And the story of the fatal shooting of another black man, apparently unarmed, by a University of Cincinnati police officer.

I am sure Gov. O'Malley did not mean any harm when he said "All lives matter." In fact he apologized, saying, "I did not mean to be insensitive in any way or communicate that I did not understand the tremendous passion, commitment and feeling and depth of feeling that all of us should be attaching to this issue."

But when someone says ALL lives matter, it can sound like that person is dismissing the specific pain behind the slogan. And that is something that the young people organizing in community after community cannot easily tolerate. They have been to too many funerals. They have seen too many of these horrific videos watching their friends die right in front of their own eyes.

Imagine a series of sexual assaults by men against women on a campus. Someone says, "Men on this campus need to stop raping women!" And someone responds, "Well, everyone should just stop raping everyone." You can see why some women might feel this is missing the point.

As CNN's Van Jones reminded me: "When you have a specific pain, you want a specific slogan."

So where did this slogan come from? #BlackLivesMatter was started by three women, Patrisse Cullors, Opal Tometi, and Alicia Garza. Activists like these are making the point that there is a moment in this country right now that our political leaders need to speak to what's happening and to come up with solutions that makes sense.

Will they seize this moment?

Well, for once there is some good news. Two months ago, Hillary Clinton gave a speech calling for body cameras and sentencing reform. In a recent Facebook chat, she stated: "Black lives matter. Everyone in this country should stand firmly behind that. We need to acknowledge some hard truths about race and justice in this country, and one of those hard truths is that racial inequality is not merely a symptom of economic inequality. Black people across America still experience racism every day."

President Barack Obama, meanwhile, recently visited a prison and pointed out to the whole world that the folks in there were not so different from him. "These are young people who made mistakes that aren't that different than the mistakes I made and the mistakes that a lot of you guys made," President Obama told the press. "We have a tendency sometimes to almost take for granted or think it's normal that so many young people end up in our criminal justice system. It's not normal. ... What is normal is teenagers doing stupid things."

Maybe most encouraging of all is that Congress has introduced a bipartisan bill, the SAFE ACT, which would enact several criminal justice reform efforts including changes in sentencing for nonviolent drug offenders. The bill, whose official name is the Safe, Accountable, Fair, Effective Justice Reinvestment Act of 2015, would create a "presumption in favor of probation as opposed to stiffer penalty such as incarceration" for low-level, first-time and nonviolent crimes. It would also limit the use of mandatory minimums to organizers or leaders of drug trafficking rings.

Of course this is just a start -- a first response to the cries from those who must be heard. The reality facing black Americans was reflected in the statement released following the Netroots conference by the leaders of the Black Lives Matter movement: "We will keep fighting for Black lives because we are dying and being stripped of our dignity. This crisis is urgent and demands presidential action," they said. "Until there is evidence that Black lives matter, there can be no business as usual."

Will any of the 2016 candidates truly step up to the challenge?

Replies to This Discussion